Women’s history in focus during March 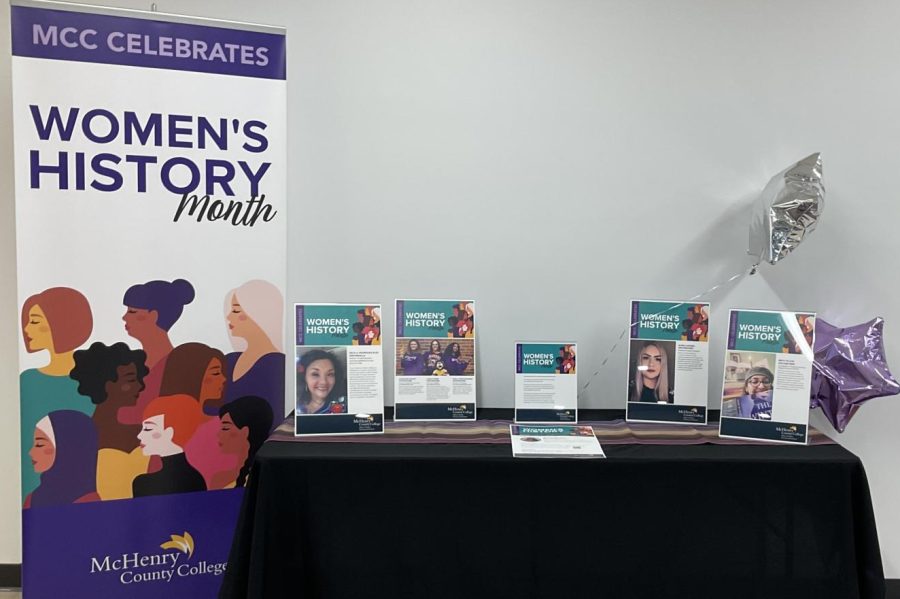 Every year on March 1, Women’s History Month begins and people in the United States come together to celebrate their local women’s accomplishments and the many achievements of bold and successful women throughout history.

“Understanding the role of women in history changes our perspective on events, opens our eyes to other missing voices, and impacts how we value women,” said Sarah Sullivan, Instructor of Women’s History at MCC.

After decades of oppression and protesting, notable leaders like Rosa Parks and Alice Paul are annually given recognition for impacting the lives of not only women and African Americans, in their case, but the lives of people all over the United States and world as well. According to an article on the official Women’s History Month website, the national celebration was not always traditionally celebrated during the entire month of March. Instead, beginning in 1981, one week was dedicated to the celebration of women’s contributions and was known as “Women’s History Week.” It was not until 1987, when the National Women’s History Project petitioned for the entire month of March to be proclaimed as Women’s History Month. Since then, these proclamations are issued by presidents every year so that people can continue to recognize and honor women nationally.

Organizations from all over host events to celebrate. Smithsonian’s National Museum of Natural History had contributed early on in the celebration by partnering with the Mother Tongue for The Mother Tongue Film Festival’s presentation of honorable women directors who focus on the transmission of language within their films. “I believe in the transformative power of language,” said Katherine Midday, Instructor of Women’s Literature at MCC. The Smithsonian Museum’s website states that the presentations included women speakers from the United States, Canada, and Mexico. A recorded version of the webcasted presentation is available online at http://www.mothertongue.si.edu

On the morning of March 11, an event at the National Museum of African American History and Culture and the National Museum of the American Indian celebrated women and girls in the field of skateboarding. Event Brite states that the event was centered around the exploration of innovative roles of black and native women within the skateboard community. Child participants were then able to design their own unique art design for a skateboard, in hopes to encourage identity expression.

Not only did businesses and organizations from around the world celebrate by hosting events, but MCC has organized its fair share of Women’s History Month get togethers this March. On March 10, the Business Department teamed up with the Business Club, the Office of Student Diversity, and the American Association for Women in Community Colleges to host “Meals with Moms” in the Scot Room. The event provided an opportunity for attendees to gather for a free breakfast and gain insight from accomplished leaders and mentors who know exactly what it takes to rise above all the odds against women.

There was another opportunity to discuss womanhood on March 16 in room A220. MCC hosted “Empower”, a conversational space opened to anyone who identified as a woman and had welcomed them to assemble there for free food and easygoing discussions regarding identity.

MCC not only shares its support for women through exciting events, but it has made contributions to the success of women by recognizing gender equality and establishing a functional parental leave policy for MCC faculty. “Our current president, Dr. Gabbard, worked with our union and said it was important to provide us with a fair and reasonable way to be professionals and parents,” said Midday, “What progress! When I started here in 2004, there was no such thing.”

MCC also offers classes that support the empowerment of women such as Women’s Literature (ENG 275) and Women’s History (HIS 141). They are typically offered every year in the spring semesters and touch base on topics like the personal stories that women share through literature and important figures such as Sybill Luddington, a 16-year-old who rode alone through the night so that she could alert citizens of a British military march that was underway.

“She did what Paul Revere did, except she went twice as far, was not caught, and made her journey alone,” said Sullivan, “The direct comparison between her and Revere really gets us thinking about why we know some names and not others.” If you want to know more about Luddington’s story and the story of many others like her, you can find more information about the women’s literature and history classes under the course catalog found in student planning on MyMCC.

Women’s History Month is an important month for a large portion of the U.S. population and will continue to be recognized annually by those who wish to continue seeing women rise to the top.