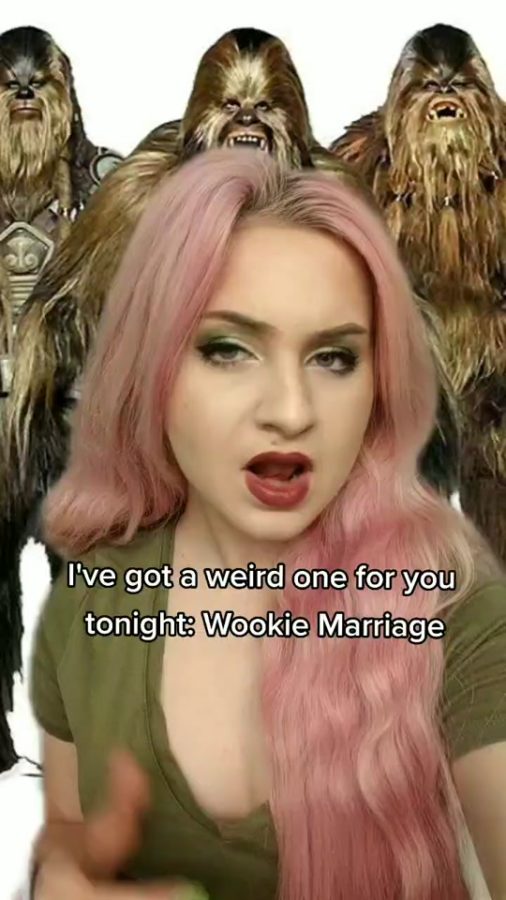 In 1977, George Lucas and his team of filmmakers at Lucasfilm Limited created one of the biggest cultural phenomena in human history. “Star Wars”, a Sci-Fi fantasy/ Space Opera was released on May 25, 1977 in 37 theaters across the world and went from being the movie expected to fail to one of the biggest successes in film of all-time.

Lucas would go on to create five more films after the first “Star Wars” from 1980 to 2005. In 2012, Disney landed a deal to acquire Lucasfilm from George Lucas for over $4 billion and from 2015-2019, Disney made their own trilogy and two anthology Star Wars films. These films have heavily divided the Star Wars community for a multitude of reasons and Disney has received a lot of negative feedback from the fandom.

The main category of people that receive this hate are content creators. Content creators make videos for people to watch and if the topic does not suit the viewer’s taste, they will speak their feelings and it can cause some significant harm to the creator. TikTok has become a continuously growing content creating platform, specifically for Star Wars content.

Sawyer Vera, also known as sawyeurism on TikTok is a Star Wars content creator with 26,000 followers who has appeared on the most viewed Star Wars podcast on the platform with the content creator Star Wars Theory on YouTube that has an astounding three million subscribers. I have asked her a few questions regarding her experiences as a content creator and how the fanbase has affected her content as a whole. She says she is sometimes hesitant to post things because of hate comments.

“I wouldn’t say hate comment I would just refrain from certain things especially since my analytics tank,” she said, “but as a female content creator, my audience is mainly male and the new fans don’t appreciate the non-canon part of Star Wars, such as “Star Wars: The Old Republic” and many of the creations that were made prior to Disney getting Star Wars and changing the timeline to fit their canonical story.”

Her fanbase has increased since Disney took control. “Star Wars is such a large brand and as more and more content from Lucasfilm releases, the fandom will continuously grow so yes I do believe it is increasing,” she said.

Many people despise Episodes VII, VIII and IX, and Vera acknowledged that it is difficult sometimes to speak on those topics.

“In a small group or when talking to someone, it is easier,” she said. “Maybe not me, but I don’t make a lot of Sequel Trilogy (Disney) content when there isn’t a lot to talk about so that’s a part of it but there’s a lot of content creators who have a different demographic than I do.”

Vera explained that disagreements go with being a content creator.

“There are a multitude of people that disagree with my love of Star Wars because I enjoy a part of Star Wars that not too many people enjoy and look deep into.”

“There will always be people that won’t listen to you even if you display facts,” Vera said. “This question is the same as asking if there will ever be world peace. Some people really want to hate things just to get a rise out of people and I would say it is pretty ignorant to say that the fanbase can be perfect.”

As Star Wars as a whole continues to create content under Disney’s direction, there can only be hope towards whether or not the fanbase can concur on the same topics involving Disney’s movies. Sawyer stated that there are various disagreements towards the Sequel Trilogy movies that were released in the mid to late 2010s. As a Star Wars content creator myself, we can do our best as influencers to make the community cleaner than before we came because there can never be a utopia amongst a divided fanbase, we can only do our best to make it a safer place for everyone to speak their minds.