Bears hope Fields will be answer to QB question 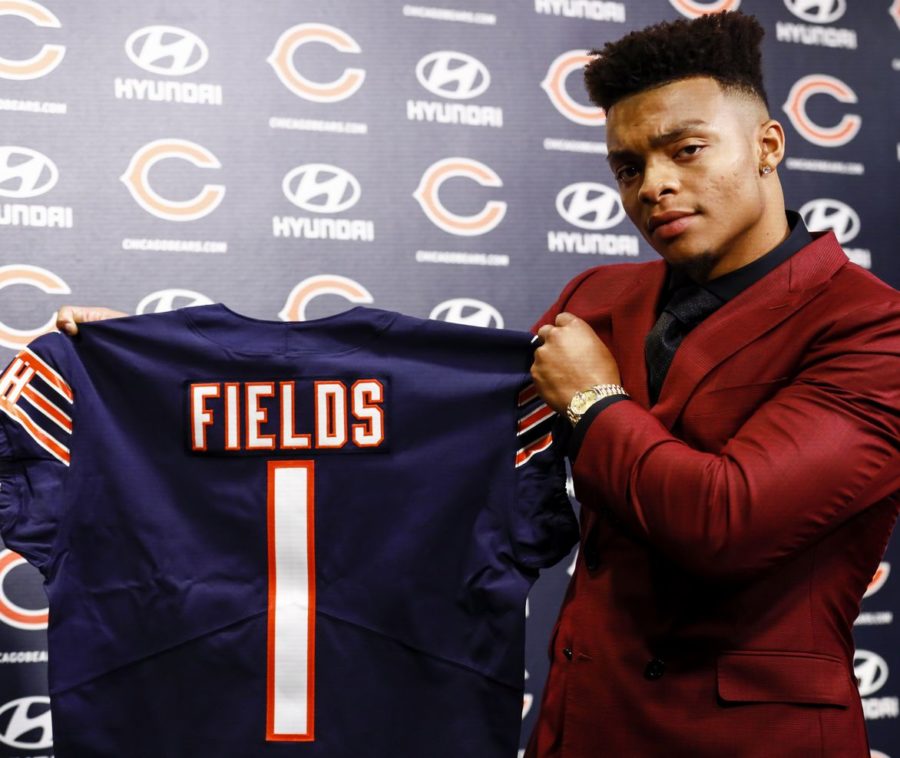 The buzz throughout the city of Chicago after the 2021 NFL Draft was electric. Bears fans all around the state and nation reacted to the draft selection of quarterback Justin Fields in the 1st round with pure joy and excitement. The Bears have long awaited a top tier elite quarterback and now they finally have their guy.

The quarterback position in Chicago has always been a problem. The franchise has been around for 102 years (one of the oldest teams in NFL) and all of the quarterbacks to come through Chicago in that time have usually all been subpar to average at best. But not Justin Fields. At 6 feet 3inches,  227 pounds,  Fields is everything the Bears and the fans have been needing all along. Fields is an elite, confident, mobile QB who was a 2-year starter at Ohio State with a cannon for an arm and enough grit and determination that matches the identity of the hard working blue collar people of Chicago.

When the Bears traded up in the first round of the draft from the 20th pick down to the 11th pick, everyone knew something big was about to happen. General Manager Ryan Pace was in the hot seat after having mediocre draft picks in previous years that left the team in the dust.

*Cough* Trubisky *Cough* (yeah we all know that was a failed mission). But thankfully that is all behind us, Bears fans have been expressing their excitement all over social media on Twitter and Instagram that they are very excited about the future of Chicago Bears football just from this year’s draft class alone. (Would have been good to quote some)

Pace and Head Coach Matt Nagy really did an amazing job with the players they selected in the draft; they acquired talent at every position that needed some depth and or improvement. Along with Fields, the Bears drafted two really good offensive linemen which were much needed after last season’s garbage o-line performance. A change needed to be made and it was. Tevin Jenkins out of Oklahoma State  and Larry Borom out of Missouri, both stacked in size and talent, will provide protection for their quarterback and help this team win more games in the trenches.

Pace went after skill positions in the later rounds of the draft selecting a cornerback (Thomas Graham Jr.,Oregon) a speedy wide receiver (Dazz Newsome, North Carolina) and another running back (Khalil Herbert, Virginia Tech) to add more depth to the backfield. All these picks are good and necessary moves for this team to excel the upcoming season. These players will need time to grow and develop along with learning the playbook and transitioning from playing at the college level to the professional level.

This is the first time in a long time that the media has given the Bears the credit they deserve, for some reason the Bears have never been in the spotlight for big time sports media unless analysts were talking negatively of the team. This draft class alone has shifted the whole dynamic of that and people are viewing the Chicago Bears to be much better in the future.

Both Pace and Nagy were on the hotseat with their jobs on the line after having three years of average football play. In 2018, the Bears were hot and a powerhouse winning the NFC North division title for the first time since 2011,  beating their rival Green Bay Packers at home to seal the deal going 12-4. Of course their playoff hopes were cut short thanks to the infamous double doink (Chicago hates you Cody Parkey) and the next two seasons the Bears went 8-8 back to back which is mediocre at best. Mitch Trubisky continued to have an up and down career which came to an end after their playoff loss to New Orleans in January.

Since that loss to the Saints the Bears made some changes to their roster in the off season. They added veteran QB Andy Dalton which Bears fans weren’t very pleased about considering they almost had a shot at getting franchise QB Russell Wilson from Seattle. When that fell through,  the Bears picked up Dalton on a 1 -ear contract worth $10 million.

Dalton has been in the league nine years, spending eight of them in Cincinnati with the Bengals before going to Dallas for a year just to play a couple games before getting injured. Although he will only be with the Bears for one season, Dalton is expected to be the starter week one while Fields will sit on the bench and have a year to develop. If you’re a Chicago Bears fan you should be excited about the potential and possibilities this team can possess this upcoming season.