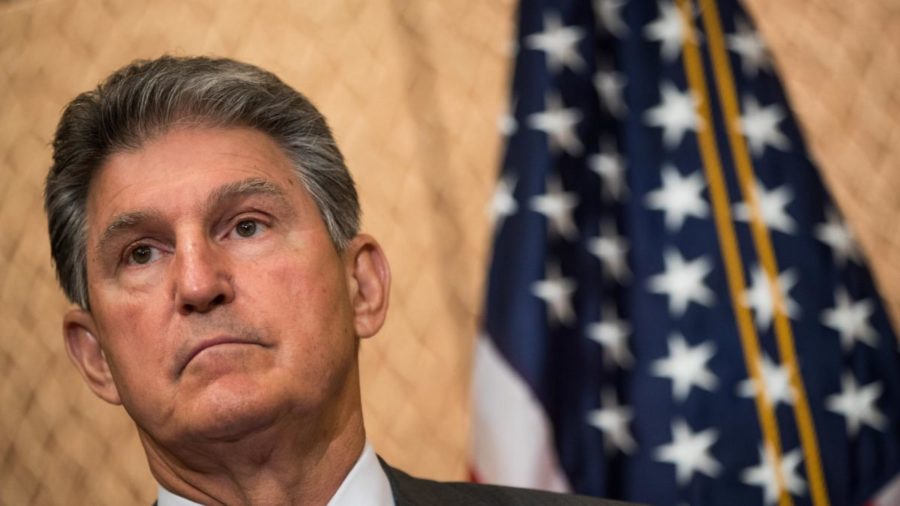 Raising the minimum wage has been a rather contentious topic in American politics since 2012 when the “Fight for $15” movement was founded. Fast forward to today and the war on worker and union rights is still being waged by conservatives.

The one thing blocking the Democrats from passing the $15 minimum wage, is the filibuster. Sen. Joe Manchin, a self-proclaimed “Virginian” Democrat, has all the power to decide whether or not there will be a vote to remove the filibuster from use.

According to CNN’s Lauren Fox: “He is the 50th senator in the U.S. Senate Democratic Caucus, and he is key to passing any legislation that the president needs passed,” for example the massive infrastructure bill that Joe Biden announced at the beginning of April. This would also make passing legislation for the $15 minimum wage much more achievable.

But of course being the wolf in sheep’s clothing that he is, Manchin has asserted that he will not be voting to remove the filibuster because he claims that he is “bringing balance” and that the “responsible middle” is still relevant despite just how divided the country is ideologically.

However, the Senator always seems to conveniently leave out one important piece of information.

According to The Young Turks’ Jonathan Larsen, “[Sen.] Manchin allegedly has a financial stake, including a hotel and a chain of flooring stores. Both companies would apparently have to increase employee pay if Congress passes a $15 minimum wage.”

This is indeed true as The Young Turks also report that Elkview La Quinta Inns, a hotel that Manchin is heavily invested in, pays their housekeepers an average of $8.81 an hour.

You would think this type of conflict of interest would be highly illegal but unironically it is not. Samantha Block writes in the Harvard Law School Journal on Legislation that Donald Trump was involved in over, “500 business entities… in over 20 countries,” during his presidency. Harvard Business Review reports that, “over half of Congress owns stock, many with holdings in excess of $100,000.”

Obviously, the issues Americans face within the political realm are vast and deep which is exactly why what Sen. Manchin is doing is so bad. Americans have collectively made the decision to move forward in a more progressive manner, but time and time again we have people like Sen. Manchin who refuse to do what is best for the people.

This isn’t the first or even the 10th time the filibuster has been used to block legislation from being passed. One of the most infamous cases where the filibuster was used was when Senator Strom Thurmond spoke for over 24 hours straight in order to block the passage of the Civil Rights Act of 1957.

More recently Sen. Ted Cruz used the filibuster in an attempt to block passage of Obamacare legislation. Here we can see him reading “Green Eggs and Ham,” part of a 21 hour long speech: www.youtube.com/watch?v=0HJuaQL3KRI

Even Sen. Bernie Sanders gave an 8 hour and 37-minute filibuster speech in response to the 2010 Tax Relief Act which favored the wealthy. He wrote a book about his speech simply called, “The Speech.”

Obviously, the filibuster could be used to stop bad legislation from passing but more often than not it is a tool that has been used to stop the passing of laws that will actually benefit people. This is one major reason why it seems like nothing ever gets done in the American government.

According to Sen. Elizabeth Warren, “for a vote on a bill to take place , a few things have to happen: [first] a bill is brought to the floor, [then] senators debate the bill, [thirdly] senators vote to end debate, [finally] senators vote on the bill.”

That third step is where the filibuster comes in and causes problems. If a senator wishes, they can talk endlessly so that there is no time to even vote to end the debate.

According to the United States Senate website, in 1917 “the Senate adopted a rule [Rule 22] to allow a two-thirds majority to end a filibuster, a procedure known as ‘cloture.’” So now in order to end debate there needs to be a super majority, 60-40, instead of a simple majority, 51-49, to pass legislation.

It is no surprise that there are a lot of changes that must be made within the American political system if we want it to work for the many and not the few. It is important that we do our best to keep up to date on these issues so that we can be knowledgeable about who we are putting into positions of power. Maybe instead of reading Dr. Seuss we could start to address things like homelessness and disease and things that really matter to the American people.