Ready to see a game? Here’s how to get tickets 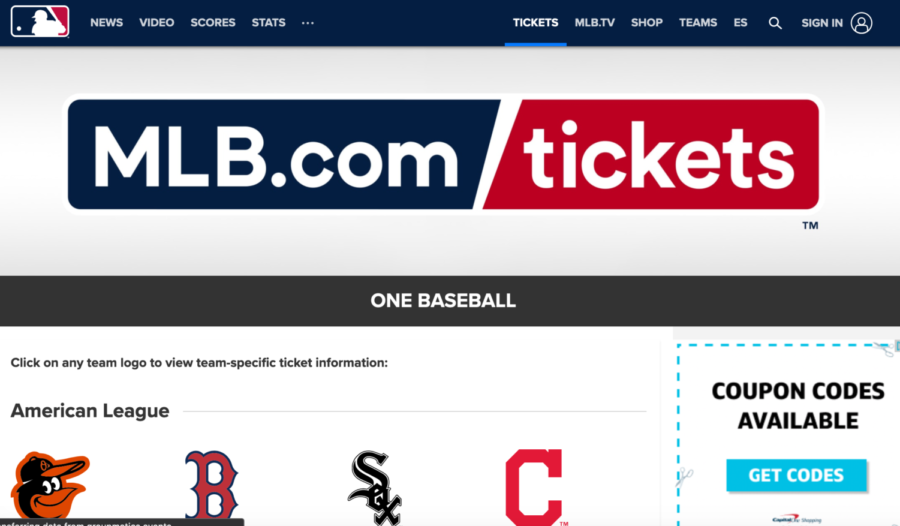 Sport venues are opening up again for the first time since they were closed to audiences due to the COVID-19 pandemic in 2020. Many sports fans are extremely excited to get back to the stadiums, arenas, and tailgates that they missed for the past year.

According to Dana White’s Twitter post on March 26, UFC 261: Usman vs Masvidal II “sold out in minutes” an entire month in advance of the scheduled fight date, April 24. With all fifteen thousand tickets being purchased in minutes it seems to be a difficult task to affordably and reliably attend a UFC event.

By the end of April every NBA team will be having a reduced capacity, socially distanced in-person crowd other than the Trail Blazers, Thunder, and Bulls. With no home games for Bulls fans this season they are required to either travel to road games for in-person attendance.

The Blackhawks are not doing too much better in this department since the only available in-person attendance is via drive-in/tailgate broadcast. April 1 was Opening Day for the 2021 Major League Baseball season and after two weeks each team has played ten times. The MLB season is fully into gear at this point and the Chicago Cubs and Chicago White Sox are competing not only for a shot at the World Series, but also for the attendance of the fans.
How to Acquire MLB Tickets

Due to the COVID-19 pandemic, many shops, restaurants, and bars have been reducing the amount of physical interaction between workers and customers. Some places have switched over to credit/debit payments only in an effort to stop the passing of potentially infected dollar bills. The MLB is no different with tickets not being physically sold at any ballpark in the nation currently. The best place to buy all baseball tickets is by going to mlb.com and then clicking the “tickets” tab on the top right of the screen.

Step Two – Educate Yourself on a team’s COVID precautions

The logo for each team will be present after reaching mlb.com/tickets, which leads to that team’s individual tickets sales. Near the top of each team’s custom ticket page will be some sort of portal to take people from the affiliate page to the area where they are able to purchase single game tickets. Links to the health and safety will be present in multiple locations throughout the webtour. Each sport and respective team is tackling this issue a little bit differently so it is important to read up on the health and safety measures before heading to a game or purchasing a ticket. See sports story on precautions at Guaranteed Rate Field.

After locating where to purchase the tickets and reading up on the CDC requirements for entry, the next step is to actually buy those tickets. Not all teams are selling tickets at the same rate or with the same demand. Both the Chicago Cubs and the Chicago White Sox are in the hometown of one of the first cities to shut down via COVID-19 lockdown and yet both ballparks have not reached capacity.

Tickets to watch the White Sox play at Guaranteed Rate Field are only available for the current home series being played or the upcoming one if the team is currently on the road. This includes buying tickets the same day as the game is scheduled to be played and the price range is from about $19 for cheap seats and close to $250 for the higher end seats. White Sox tickets are very much available to the public and not being sold at a rate that risks being sold out frequently.

Tickets to watch the Cubs play at Wrigley Field are much less available than that of their southside rival. Currently all home games for the Cubs are sold out through April 25 for the series against the Brewers. There is a chance that more seats will be made available for certain games as they approach closer, but those tickets are minimum $50 and extremely limited. The next available series to purchase tickets is against the Dodgers which will be held at home starting on May 3. The tickets are not available for purchase yet, however interested fans can attempt to register early in an attempt to secure a ticket. Once future 2021 Cubs tickets go on sale fans are likely to experience something more similar to buying UFC tickets.