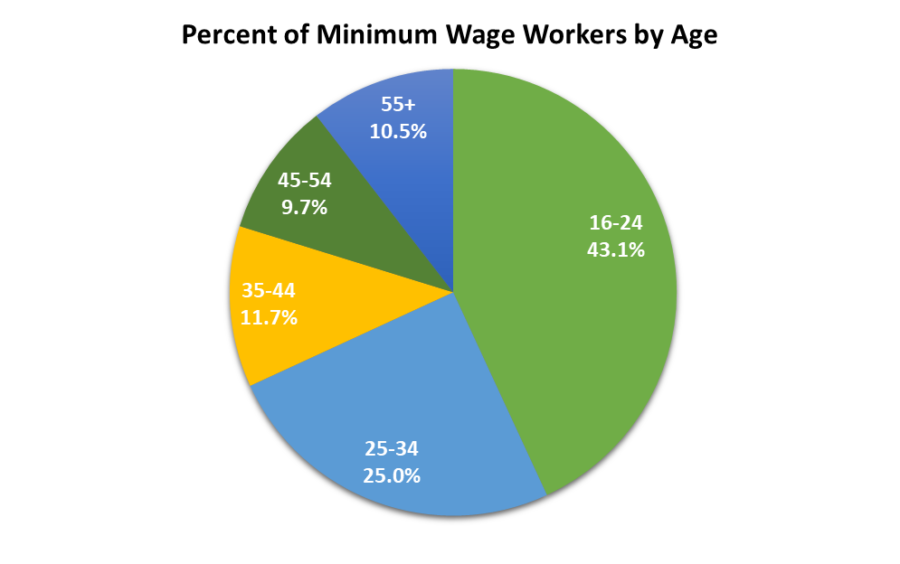 On Thursday March 11th, President Biden signed a $1.9 trillion Coronavirus relief bill. It includes $1400 individual payments, an extension of unemployment benefits, and money for individual states vaccination efforts — among other things. One thing, however, was conspicuously missing — the $15 dollar minimum wage. Raising the minimum wage is something Biden, as well as many Democrats, vowed to support. They campaigned on this. However, when it came down to it, they failed to marshal the necessary votes to include it, even under budget reconciliation.

Budget reconciliation is a parliamentary procedure that allows the Senate to pass a bill with a simple majority rather than a 60/40 majority. The parliamentarian, an unelected official in place to advise on the interpretation of Senate rules, ruled that the minimum wage didn’t fit the rules of budget reconciliation. Despite this, under pressure from progressive activist groups like TYT, newly appointed Senate Budget Chair Bernie Sanders forced a vote on it anyway.  According to polling done by Pew Research, 67% of Americans support raising the minimum wage, which hasn’t been raised since July 24th, 2009.That apparently isn’t enough though, as 8 Democrats, including notably both Senators from Biden’s home state of Delaware, helped Republicans in voting the bill down. Kristen Cinema, a Democrat from Arizona, also managed to go viral with a dramatic nay vote, indicating a clear lack of consensus within the party.

George Kraut, 46, of Crystal Lake, has faced many struggles during the pandemic. When the lockdowns originally began, Kraut lost his job. Weeks later, he was forced to move out of his apartment downtown. Since then, while living out of his car, he has worked several different jobs through temp services in the area. The lowest he has been pulling in during the pandemic was $10.50 an hour. The highest being $12. Kraut says between upkeep on his car, phone bills, food and clothing, he’s barely been able to keep afloat.

“Savings?” He laughed, saying: “I’m lucky if I can make it through the month without adding more debt. I had to go off my blood pressure medication just a few months ago here because I just couldn’t afford it. I had to take something off my plate.”

Kraut has been through multiple temp services and explored tons of different jobs. The three he has taken have been the best paid of them.

“I was getting job offers for nine, ten, you know? And I was like no way. There’s no way I can make this work.”

Raising the minimum wage to $15 an hour could be a great help for people like Kraut.

“That would take a lot of stress off,” he said. “It wouldn’t be a huge quality of life improvement or anything, but I’d be able to go back on my medication. Maybe start putting a little away towards a new place.”

No one  who is working full time at a dull, thankless job should be making wages that lead to such dire financial straits. If $7.50 wasn’t enough even before the pandemic, now, with how the  pandemic has ravaged the economy and exacerbated economic inequities, there has never been a more important time to prioritize this. Unfortunately, that doesn’t look like it’s on the cards in the near future. Now that Democrats have backed off passing it in this relief bill, they have a very limited set of options going forward. In order to get this done, they would either have to pursue it through reconciliation again with the intent to overrule the parliamentarian, which seems unlikely. Or, they could seek to reform or abolish the filibuster, which seems more realistic, but still far-fetched as Democrats do not have unanimous consent on the filibuster either.

President Biden has promised the Congressional Progressive Caucus that the issue will be revisited, and no such talk has occurred since. The majority of Americans want to see the minimum wage increase, and the progressive base has resolved to continue pushing for it, but as of right now it simply does not have the support it needs in Congress. For the time being, we will have to continue to pressure our representatives to start accurately reflecting the will of their constituents.