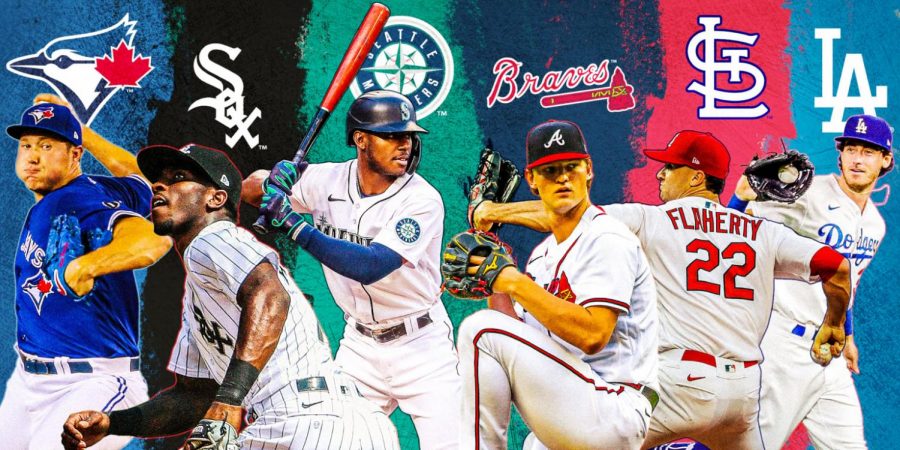 Although it is hard to believe since Chicago is still cold and snowy, the seasons are about to change, which means the Major League Baseball season is right around the corner. Most pitchers and catchers for each team reported to their respective Spring Training site on Wednesday, February 17th. The rest of each team can report to their Spring Training sites on Monday, February 22nd at the earliest. The 30 MLB teams are evenly split up into two Spring Training leagues, the Grapefruit League located in Florida and the Cactus League located in Arizona. Each team will play exhibition games starting on February 28th until March 30th, and the regular season will start on April 1st.

The Covid-19 pandemic has affected the rules of the league and this year, the league will continue on with a DH in the National League, 7 innings of play in double-header games instead of the traditional 9 innings, and each team starting with a player on 2nd base in each extra inning.

As the season approaches, it is important to highlight each team. First, let’s take a look at the favorites to win each division in the National League and American League. In the NL West division, the teams include the Los Angeles Dodgers, San Diego Padres, Arizona Diamondbacks, San Francisco Giants, and the Colorado Rockies. Although it will be a tight race, the Dodgers are the favorite to win the division title following their World Series championship in 2020. The Dodgers signed one of the top pitchers in the league and 2020 NL CY Young winner, Trevor Bauer, this off-season. The Padres are also a favorite and one of MLB’s most exciting and young teams. In the NL Central Division, we have the Chicago Cubs, Milwaukee Brewers, St. Louis Cardinals, Cincinnati Reds, and Pittsburgh Pirates. The Cardinals have the talent to win the division this season after adding third basemen Nolan Arenado to their roster this off-season and resigning pitcher Adam Wainwright and catcher Yadier Molina. The Brewers and Cubs are also in the playoff and division hunt. The NL East Division includes the New York Mets, Atlanta Braves, Washington Nationals, Philadelphia Phillies, and Miami Marlins. The New York Mets had a terrific off-season after gaining a new owner, Steve Cohen. They traded for shortstop Francisco Lindor and added catcher James McCann to their roster. This is a competitive division, so it is important not to rule out teams like the Braves and Phillies.

In the AL West Division the teams include the Houston Astros, Los Angeles Angels, Oakland Athletics, Seattle Mariners, and Texas Rangers. The Houston Astros are hoping to take the division title this year and prove critics wrong following their recent cheating scandal. Star players like second baseman Jose Altuve and shortstop Carlos Correa will lead the team behind a young and explosive roster. The AL Central Division has the Chicago White Sox, Minnesota Twins, Cleveland Indians, Kansas City Royals, and Detroit Tigers. The division will be a close battle between the White Sox and Twins. The Twins added players like closer Alex Colomé and resigned designated hitter Nelson Cruz. Lastly, in the AL East we have the New York Yankees, Toronto Blue Jays, Boston Red Sox, Tampa Bay Rays, and Baltimore Orioles. The Yankees are the favorite to win the division with an amazing offense including outfielders Aaron Judge and Giancarlo Stanton, and talented pitchers including Gerrit Cole. The Blue Jays and Rays are also in the hunt.

Locally, it is important to look at the Chicago White Sox and the Chicago Cubs going into the season. The Chicago White Sox are looking to contend this season after breaking an 11-year playoff drought last season. Jose Abreu, who won the 2020 AL MVP award, is looking to lead the team with a powerful offense behind him. Some rising stars include outfielders Luis Robert and Eloy Jiménez, shortstop Tim Anderson, and third baseman Yoan Moncada. The team started the offseason hiring a new manager, Tony LaRussa, and traded for starting pitcher Lance Lynn. The starting rotation looks solid with Lucas Giolito, Dallas Keuchel, Lance Lynn, Michael Kopech, and Dylan Cease. After signing right fielder Adam Eaton to a one-year contract, the already talented bullpen gained one of the best closers in baseball, Liam Hendriks as he signed a four year deal with the team.

Although the Eaton signing surprised and confused many fans, White Sox fan Matt, who has been a fan for over 20 years, is most excited to see him play this year.

“Right field and DH have been the biggest issue for the team for years and if he can do those two things on a regular basis at an average MLB level that’s going to flip the lineup.”

Many fans are excited to watch the team grow and prove some negative team projections wrong like Sonny, an 18-year-old White Sox superfan.

“The group of guys seem so close and watching them develop into borderline superstars is awesome to see,” he said. “A competitive White Sox team is what I’ve been waiting for, for such a long time, so I’m glad I finally get to see one. The Sox did add some key pieces to make the team better compared to last year’s squad. I also think that very often, projections are put on such a high pedestal. When the season gets rolling, I believe that the White Sox could shock a lot of people.”

Gary, a 21-year-old White Sox fan, also describes what it’s like for the team to be in playoff contention after so many years of rebuilding. “It honestly is something that feels really weird to me especially after the run the Cubs just had. I never thought the Sox would be in that same position or be in a position to be the number one team in the city. It feels exciting that there’s something actually pretty special going on here.”

The Chicago Cubs won the 2016 World Series title and the team hopes to be in the playoff hunt this season. The team recently re-signed starting pitcher Jake Arrieta to a one-year contract and have other talented pitchers on their roster like starter Liam Hendriks and closer Craig Kimbrel. Although the team lost Kyle Schwarber this off-season, they did gain former Dodgers right fielder, Joc Pederson, with a one-year deal.

“I’m excited to see Pederson play this year because he’s new to the team and he also came from the Dodgers who just won the World Series. He didn’t play great last year but he did great when the team needed him most. The Cubs aren’t bad, but the other teams in the league picked up a lot of talent and I hate to say it but the Cubs don’t have the greatest farm system. The team does have talent though and it is important to stay optimistic.”

Shortstop Javier Báez and first baseman Anthony Rizzo hope to lead the team this year on both the offensive and defensive side. Third baseman Kris Bryant had his struggles last year but is looking to bounce back and be a consistent run producer for the team.

Caitlin, a 19-year-old Cubs fan, wants to see the team allow fans into the stadium this year and has high hopes for the team.

“I am most excited to hopefully be able to go to games this year and I also think that there is a chance at a division title.”

Overall, the season is definitely going to be interesting and exciting for the city of Chicago so make sure to tune into your favorite teams’ games and enjoy. Baseball is back!