Social media has positive payoffs, too 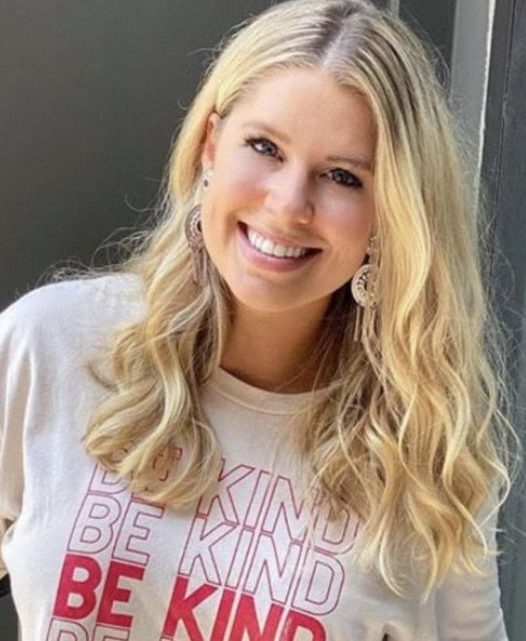 Lexy Burke has tipped 71 workers as part of her challenge

In this day and age, social media and technology are taking the world by storm. They are everywhere you go, the store, your place of work, schools, and at the touch of your own fingertips. Social media and technology have slowly taken over our world, and they are only expanding and developing more and more each year. According to Pew Research Center, 81 percent  of American citizens currently own a smartphone. Only 35 percent of Americans owned a smartphone when they conducted their first survey back in 2011. This is an extreme increase in smartphone usage and ownership, which shows just how prevalent technology has become in society.

Technology is seen as a necessity nowadays, and has become almost addictive in many cases. It can certainly have a negative impact on people’s lives, and relationships. However, it’s important to realize the good that goes along with the bad. Today’s social media is filled with so much bad news, and sad stories, which is why it’s absolutely vital to recognize how much good has come out of the existence of technology and social media.

Let’s start by taking a look into one of the most popular new forms of social media, TikTok. It’s an app full of short videos, made by everyday normal people. Kids and adults of all ages are uploading many different types of videos, with the hopes of going “viral” or making it onto the “for you page.” The app itself seems to be just like any other form of social media, but lately there have been trends going viral that are making seemingly big impacts on people’s lives. Creators on the app have gained followers by giving back to their communities and complete strangers, encouraging their followers to donate money through Venmo. These creators are linking their Venmo accounts, and asking the small favor for people to donate anything they can spare. Even the smallest donations have added up to thousands of dollars by the end of each week. This is when the creators go out on the weekend, and tip a service worker the money.

Lexy Burke is the woman who seems to have started this trend on TikTok, and she goes by the username @lexylately. She has accumulated over 1.1 million followers, since starting her account this year in March. Burke really started to gain a following once she began what she calls the “Venmo challenge.” She has given away the money raised from her followers, to seventy-one lucky and grateful recipients so far. She has donated and tipped the money to a wide variety of restaurant staff, delivery drivers, street performers, and other workers. Each time she goes out and tips these large sums of money, she posts the video reactions on her TikTok page. It’s truly heartwarming to see so many deserving people get these unexpected tips. For many of them it has changed their lives, and for some it has even kept them from being evicted from their homes. Her videos have inspired several other creators on the app to participate in the challenge. She has made a huge impact on so many lives, all thanks to a little help from a social media app.

Besides TikTok, there have been many other media outlets that have sparked positive change in the world. Without the help of technology, these changes wouldn’t have been possible. Websites like GoFundMe have helped many people. This website makes it extremely easy for anyone to donate to a variety of funds, helping many people and changing many lives in the process. Anybody can start a GoFundMe to raise money to help pay for medical bills, funerals, and any other charitable cases. DMR statistics reported this year that there have been over 70 million GoFundMe donors, and a whopping $9 billion have been raised. The GoFundMe that has raised the most money thus far was for the Humbolt Broncos Canadian hockey team. Over $11.4 million dollars was raised for the families of the Canadian hockey team members  killed in a bus crash in April 2018. GoFundMe has helped reach a very wide scale of donors. This has made it much easier to provide relief for families, organizations, and various causes in need.

As you can see, the use of technology and social media isn’t all bad after all. It can actually make a positive and lasting impact on the world and the people in it, as long as we use it for good. Without the help of technology, we wouldn’t be able to reach such a large number of people to help do things like donate to those who are in need. Better yet, we wouldn’t even be aware of some pressing issues if we didn’t instantly get the news through the use of social media. Of course, too much of anything can be bad for you. It’s important not to rely on technology and social media as your main source of happiness. However, we should all take the time to learn how we can make better use of technology and use it for good —  even the smallest things can go a long way.  A small donation, sharing different posts that spread awareness, or just simply leaving a positive comment on somebody’s post can make a big difference. These gestures may seem small, but if everyone did their part it would make not only social media, but the world we live in a much better place.