Weather has mood swings in the Midwest 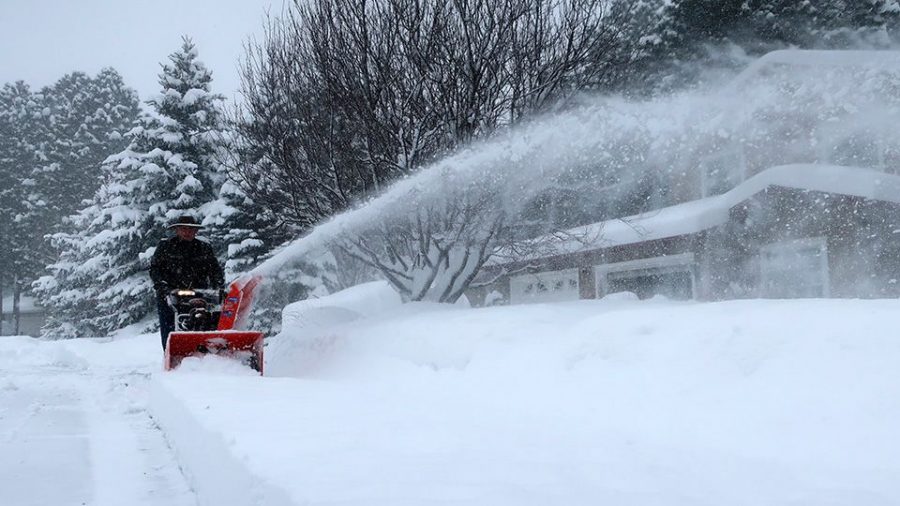 Ah winter, the most wonderful time of the year….. WRONG.

If you are a die-hard Midwesterner, then you are aware of the ever changing seasons mother nature likes to throw at us. From “Jesus Christ, it’s freezing this morning!” to “Lord, I’m about to have a heat stroke in all of these layers” a few hours later, it’s no wonder why Midwesterners are so grumpy with these constant mood swings we like to call our daily temperatures.

Last January,  the Midwest experienced all-time lows in temperatures. Chicagoland area resides walked into the new year with record lows of -30*F, shutting down school districts and most work facilities. Those few days of pure chill caused quite a stir for locals as hats and scarves were fastened around faces and necks to try to keep the cold out when traveling.

This January has been milder and the snow hasn’t been much of a factor – yet.

There are times here when the seasons seem to play a game of tag with one another. Any November all of the turkeys for Thanksgiving are either freezing their feathers off, or cooking in the sun.

If you’ve grown up in the Midwest or have experienced our “seasons,” you are fully aware that Illinois has no idea what is going on with its temperatures, and local residents don’t know whether to turn on their heat or to stick it out for a little bit longer, hoping that this snow will melt shortly.

Last November made for a whirlwind of emotion, with temperatures dropping to less than ten degrees and then rising to a high temperature of thirty-five, we all might as well grab our swimsuits and get in one last swim before Illinois and its neighbor states begin to drop back down to sweater weather.

Scott Gesicki, a resident of Crystal Lake for thirty years was outside mowing his lawn in shorts and flip flops in thirty-five degrees. “Thirty-five degrees is nothing! It’s practically summer time right now,” Gesicki said. “These shorts aren’t being replaced with pants until my knee caps are covered in snow.”

While all of us Midwesterners do not have the same mentality as Scott, what is certain is that we are all in this uncertainty together.

It is uncertain what the next few weeks have in store for the McHenry County area — will winter blast us now or will it follow in last April’s footsteps with snow falling during Spring fever?

I would like to give you some advice as to how to get one step ahead of these nasty degrees, but to be fully honest with you, the weather men and women don’t even know what’s going to happen.

So dress in layers ladies and gents, because today we could have eight feet of snow, and tomorrow your kids can be slipping and sliding in the grass as the temperatures rise like my blood pressure when I look at my heating bill.