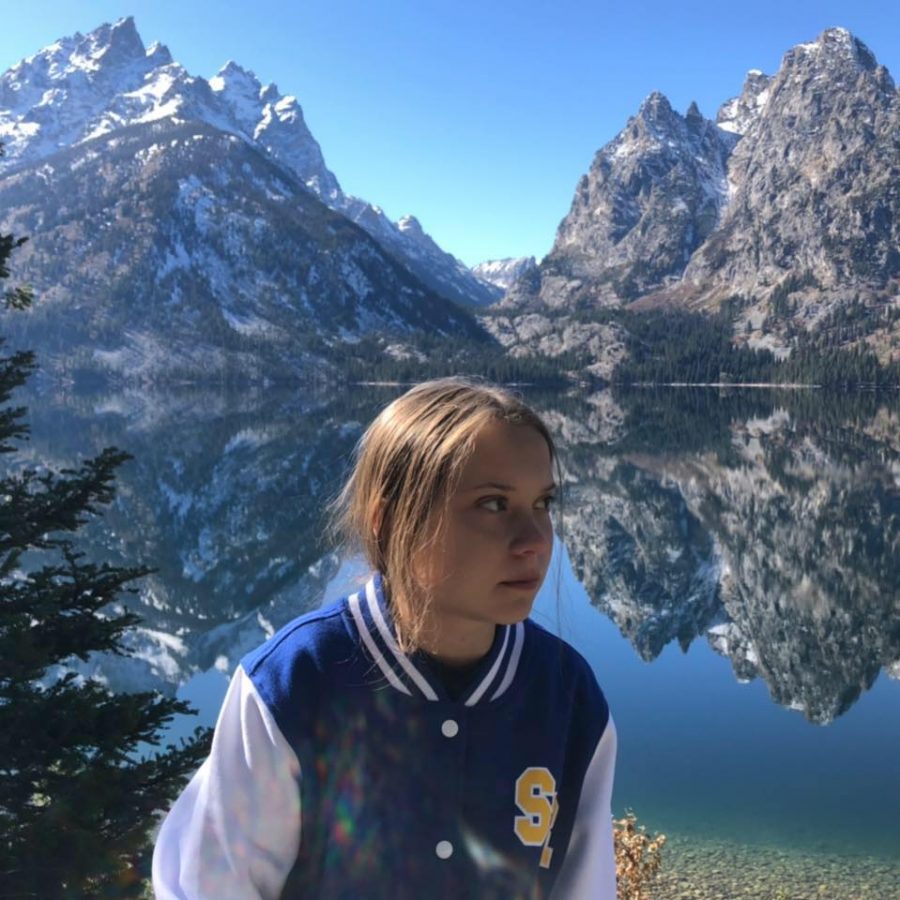 Swedish teen Greta Thunberg has become a voice for change

Greta Thunberg is a sixteen-year-old Swedish female who has turned heads across the globe for her strong and powerful beliefs for climate change. In August 2018, young Thunberg started a school strike outside of the Swedish Parliament. This revolutionary strike caused a ripple effect that involves over 100,000 other schoolchildren across the globe who held their own strikes. This movement earned the name Fridays for Future.

According to TED, Thunberg attended the United Nations COP24 in Katowice, Poland, where she addressed the Secretary-General and made a plenary speech that went viral and was shared many million times around the globe. In January 2019 she was invited to the World Economic Forum in Davos, Switzerland where her speeches again made a worldwide impact.

Since then, Thunberg has spoken at hundreds of events, speaking up for the young activists around her so the world can hear the voice of the devoted and dedicated people for a better and cleaner world.

According to Big Think, during her speech at the United Nations, climate activist  Thunberg harshly criticized world leaders for failing to do more about climate change. Thunberg’s argument is notable for focusing primarily on getting governments – not individuals – to act on climate change. This call to action received an exorbitant amount of praise from left winged individuals, and criticism from the right.

With many other issues, Miss Thunberg has received backlash from those around her about her ideas and actions. The bulk of Thunberg’s attackers are right-wing media personalities, elected officials, and climate skeptics. These critics have taken a few different approaches, some more reasonable than others, in countering Thunberg. Some have seemingly tried to use Thunberg’s Asperger’s diagnosis as a way to discredit her, calling her an ill child, one who must step down from her platform and allow more experienced individuals to speak.  Other right winged officials have accused Thunberg as being a manipulation tool for political gain, along with the accusations of climate activists as being cult leaders.

Our own president has tweeted about young Thunberg, tweeting: “She seems like a very happy young girl looking forward to a bright and wonderful future. So nice to see!” This sarcastic tone from the president and many other political figures showcases the scarcity of respect and taking Thunberg seriously.

These attacks have escalated in threatening behavior,  recently an effigy of Greta was found hanging from a noose over a bridge in Rome. This terrifying image has caused many individuals to be worried for the safety of Thunberg, but the Swedish activist is continuing her travels in the United States, visiting American Indian reservations in the Dakotas to talk about oil pipelines. Officials are investigating aggravated threats in Rome involving the effigy incident, thus showcasing there are individuals out there with strong negative feelings for Greta.

It is unclear the reasoning behind these attacks against Thunberg, but the mission for climate change is still as strong as ever for the young activist.

While Thunberg has gained international recognition for her activism, along with many awards, including fellowship of the Royal Scottish Geographical Society, she has also been named as one of the 100 most influential people of 2019 by Time magazine, and was nominated for the Nobel Peace Prize.

Thunberg’s passion for climate change, and change in general, has moved people to start helping clean up the messes and continue to fight for the cause.

According to Skylar Olsen, a local climate activist, Thunberg is:  “An inspiration to us all. She shows that anyone can make a difference in the future, and now is our [younger generations] time to speak up and help fix the problems the older generations continue to ignore.”

Although Thunberg is young, she believes young people have a responsibility to “wake up”  adults into seeing what our future could look like if the world continues the way it does.

No age should matter when it comes to positive changes in the future, and Greta has some advice for people who want to make a difference in their communities. According to Green Matters, if you want to do more to stop the climate crisis, Greta’s biggest piece of advice is to do what she’s been doing every Friday since August: Stand outside your local government building and demand climate action from your leaders. Any action will help fight for change, and as Thunberg has proven, anyone, no matter their age, can show the world what needs to be done for a brighter, and better future.