Are MLB’s efforts to speed up game really needed? 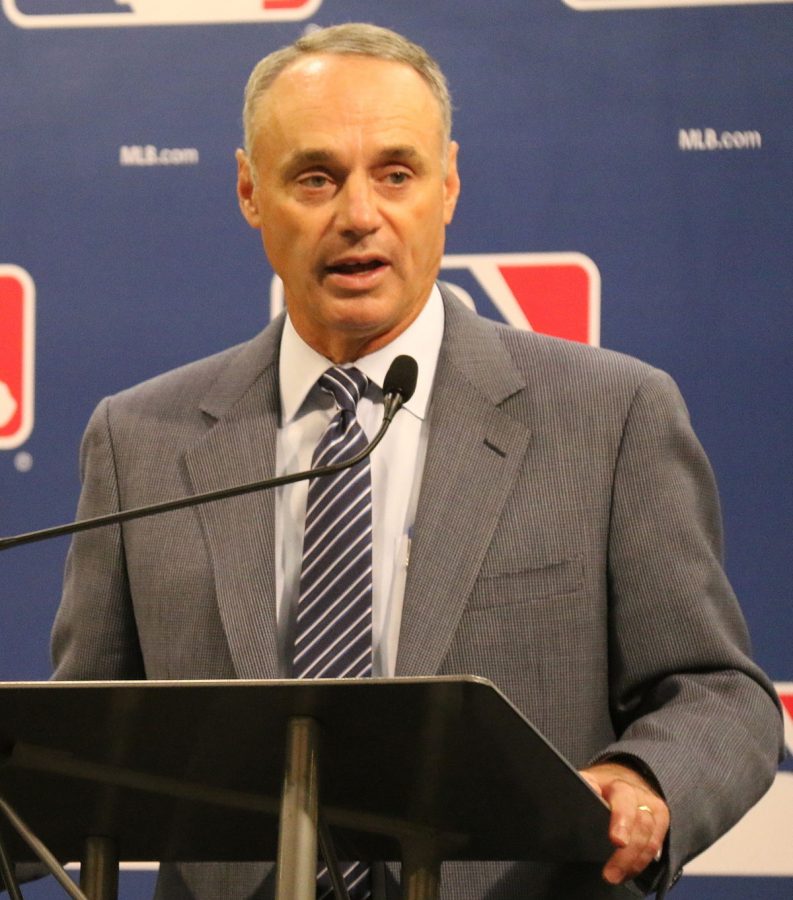 As the baseball postseason approaches, memories come to life. I think of the day I visited Wrigley Field for the first time and it was magical in the eyes of my fourth-grade self. It was May 9th, 2008 and the Arizona Diamondbacks were in town for the first time since sweeping the Cubs in the previous year’s NLDS breaking my third-grade heart. Instead of driving me to school, my Dad surprised me, and we took a detour to Wrigleyville. I will always remember the rush of joy and awe when walking up the steps to Aisle 219 and taking in the view of Baseballs finest cathedral. Ted Lilly threw seven solid innings giving up only 1 run and adding an RBI hit himself, Alfonso Soriano broke the 1-1 tie with a double down the 3rd base line in the 5th inning. Cubs legendary 2nd baseman Mark Grace sang the 7th Inning stretch. Derek Lee hit a home run into the left field bleachers in the 8th and then Kerry Wood locked down the top of the 9th for the save. I did not want that day to end. From that day on I get the same rush of joy when I walk into any ballpark.

It is not just the baseball that I am about to witness that brings out my 4th grade self. It is the realization that I am about to spend the next 3 to 4 hours with either family or friends in warm summer air. It is about reliving a precious memory of skipping school and spending the day with my Dad. It is an escape from everyday life and the worries that being a human consists of. Simply it’s more than just about watching a game.

The game itself however is still an American tradition and is a delight to take in live. Elgin Community College student and Cubs fan Katherine Castiglione remarks: “There’s no comparison watching baseball live than on TV — the excitement of the crowd, the smell of the food, and the enthusiasm and passion of the baseball players.”

There are many reasons for the dramatic increase in playing time. The addition of replay review is partially to blame. Replay was added in 2008 strictly on plays that involve home runs. Replay of all plays was added in 2014. Since the addition of replay review the standard review process has averaged between 1:30 and 2 minutes. During the 2017 regular season there were in total 1,395 video reviews, 60% of those plays led to the original call on the field to be overturned.

The addition of the focus on analytics by teams has also increased game times and changed the style of play. The whole concept of a “specialized reliever” to come on to pitch to get a single batter out (mostly based on a match-up i.e. Righthander vs Lefthander) did not exist 20 years ago. Now it is commonly used in every single MLB game. With every pitching change comes at least a three minute stoppage of play with a TV time-out.

Analytics have also produced the common practice of shifting the infield to match were the hitter is likely to put the ball in play. This puts the ball in play less, which inherently makes the game less exciting and has also led to a concept of ways to “beat the shift” leading to an emphasis on launch angle and hitting the ball in the air.

As a result, home run totals this year have skyrocketed. In 2017 the MLB had the highest home run rate in its history with every team averaging 1.26 home runs per-game. That mark is on pace to be broken with early 2019 rates at 1.29 and that rate may further increase when summer like temperatures are consistent. This has risen the strike-out rate and contributed to the longer game time over the past decade.

The MLB has put in and suggested some rule changes to speed up the game and increase the pace of play. Beginning 2017 pitchers no longer had to throw pitches to intentionally walk a batter and in 2018 teams could only have 6 mound visits per game. In the minor leagues the start of extra innings includes starting a runner on 2nd Base.

More drastic measures have been suggested as the Commissioner of Baseball Robert Manfred heavily favored adding a pitch clock to limit time in between pitches however, the MLB Players union heavily opposed that measure. Sports pundits have suggested making relief pitchers face a certain number of batters or putting a limit on the amount of relief pitchers used. Some have even suggested shortening the game to 7 innings to match the high school game length.

Increasing the pace of play and making the game of baseball faster is not necessarily a good or bad idea. There are certainly intriguing aspects of making the game more exciting. However, like anything in life, changes should be considered carefully. Baseball has been played in America since 1839, something is purely right about it.

What is concerning about this drastic issue about the state of baseball is that the total average increase over the past decade is about a half hour. A relatively short amount of time. The concern that the American youth will not be able to get into the game of baseball due to the length is what is concerning. Not because of the Baseball component but it is impossible to wonder what as society we will start to miss if the idea that a 3-hour span of time to live in the moment at a single event is too much.

If we cannot be in the moment at a single event for a 3-hour period and just enjoy everything about it from the place and the people around us, the effects I would think have a greater impact than just missing out on a baseball game. If it is not baseball, what else will society want to pressure us to shorten and change? It does not matter what it is, I hope everyone has something in their life that they absolutely love to do and take it in with people that they love just as much. I hope it makes them smile and reflect on it as magic when they remember experiencing it for the first time; as I remember walking up the steps of Wrigley Field with my Dad.