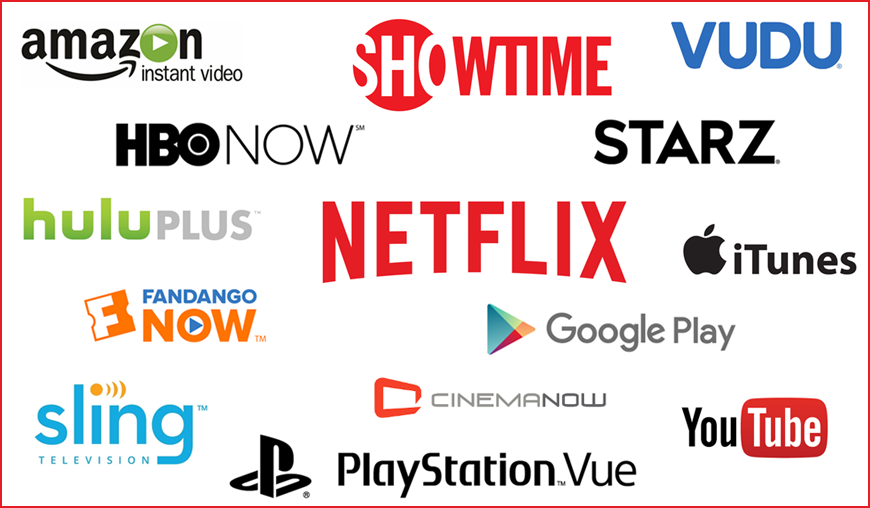 More and more people in the United States have been cutting their cable plans to switch to convenient streaming services to bypass commercialism and lack of choice that is given by television broadcasts.

Another reason streaming giants are inspiring public audiences to cut their cable cords is the fact that streaming services have cheaper prices that cable companies cannot afford to match. Netflix, Hulu, Amazon Prime and other streaming giants have gained more and more viewership count causing other companies to start dipping their hands into the world of streaming (Apple, Google, Facebook, YouTube, etc.).

Over the past years, the companies that house streaming channels have become large piggy banks for shareholders as they have received mass amounts of profits in the last few years. The companies, in an attempt to keep viewership numbers consistent, have now started to produce their own shows and films under their own organizations. These self-produced shows and films have done consistently well with viewership as well as achieved mass critical acclaim. Most recently, “Roma,” a Netflix film directed, written and produced by academy award winner Alfonso Cuaron, has received three Oscar wins including best director and best cinematography as well as having up to ten nominations alone.

The world of cable is not one of convenience. One of the many complaints that many viewers experience within the world of televised broadcasting is the amount of commercialism. Many viewers find it displeasing when a they have to watch their favorite programs only to be halted by advertisements. Almost just as frustrating, most viewers find a general lack of convenience within many cable providers when a viewer must sort through many channels to find something they might enjoy. Often times, viewers may find a television item of interest, yet, the television piece almost always will have already started or might be nearing its end causing a viewer to keep searching. To battle this, streaming services have found a unique balance to these complaints while still being able to provide television and film favorites o audiences. Not only do these streaming services provide television and film, they do not have them on a set schedule which allows a viewer to be able to view as they please. They also are usually user friendly which makes it easier for viewers to search for key items that might be of interest to them.

The most noticeable feature is not just the convenience, but the price. Bankrate, an online consumer financial services company, did a cross examination between the most common television providers and favorite streaming platforms which shows that most television providers have a price range of up to roughly $40.00. On the other side, most streaming services, at the minimum package alone, is roughly $7.99 which is less than 25% of that price. Theoretically, a consumer could afford several streaming channels versus a television broadcast network. A common issue that these streaming platforms face is lack of new or familiar content that keeps bringing in new consumers.

Stockholders are also putting their cards on streaming shares. Fox and Netflix have had soaring profits ever since their launches and they continue to grow. It is no surprise that others are even trying to copy their success by copying the formula and trying to create their own properties for consumers to try.

Disney, the multi-billion dollar family friendly company, is now developing a streaming service with exclusive shows and films based off of their own IP related to their work with Pixar, Star Wars, and Marvel as well as Disney original animated films. Even the tech giant Apple is currently developing its own shows as it slowly starts to launch its own streaming platform. Kevin Berninger, a stock exchange representative talked about how streaming is reeling in the money as these see very rare risk and are always going to have a return on investments in shares for a company’s stock. The reason for the low risk is the fact of the monthly revenue through the subscribed service that makes the platform financially stable. The companies are not only doing well with profits, but with critical acclaim.

Streaming services are now providing their own shows and films based off of original work bringing fresh stories to their subscribers. At this time, Netflix has over 700 original shows and films for all streamers which is not including all other published forms of film and shows of which other publishers share with Netflix to give older released content. Even now, Netflix is currently pushing to have some of its films put onto the big screen for theatre screenings which are for those who do not have Netflix. Indeed, the streaming giants are spreading into many different areas and will continue to grow in the coming years. Regardless of being in the theatre or at home on your couch, Netflix has received over 200 and counting Emmy award nominations for their own produced content and has proven that quality, quantity and convenience have all met together to form a product that can give challenge to a remotely unchallenged dominance by the television world.

The future of the entertainment world is still unclear. Sure, the streaming services are very convenient and provide many options, but what happens when there are too many? What will happen when Apple, Disney, Google, etc. all produce their platforms on top of what’s already been released? $7.99 is a cheap price, but when you buy three or four or five streaming channels, the price adds up. At this time, television broadcast companies still have stable stock between the cable cutters but for how long will this remain before the television broadcast stations start to get in trouble? Only the future will tell.